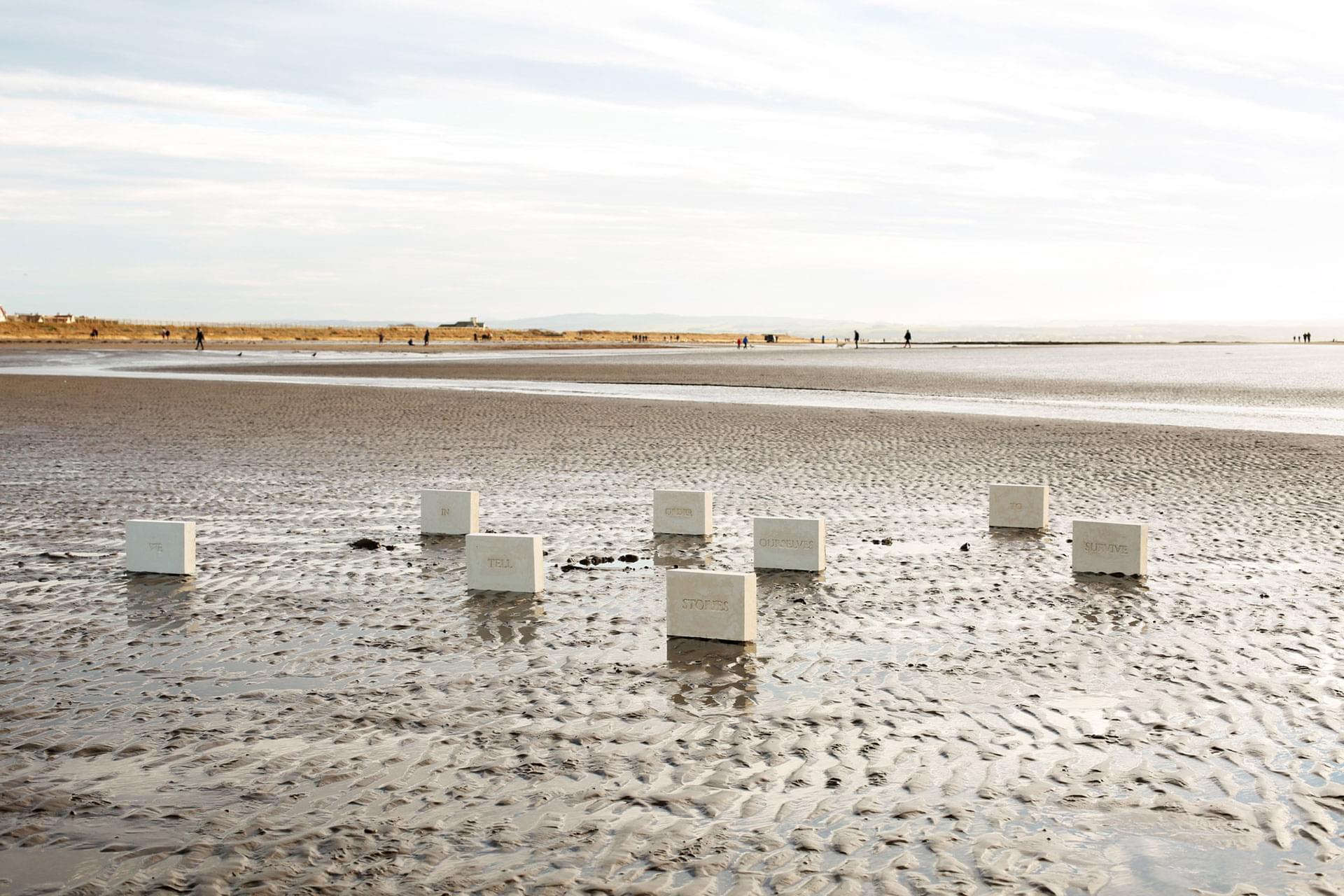 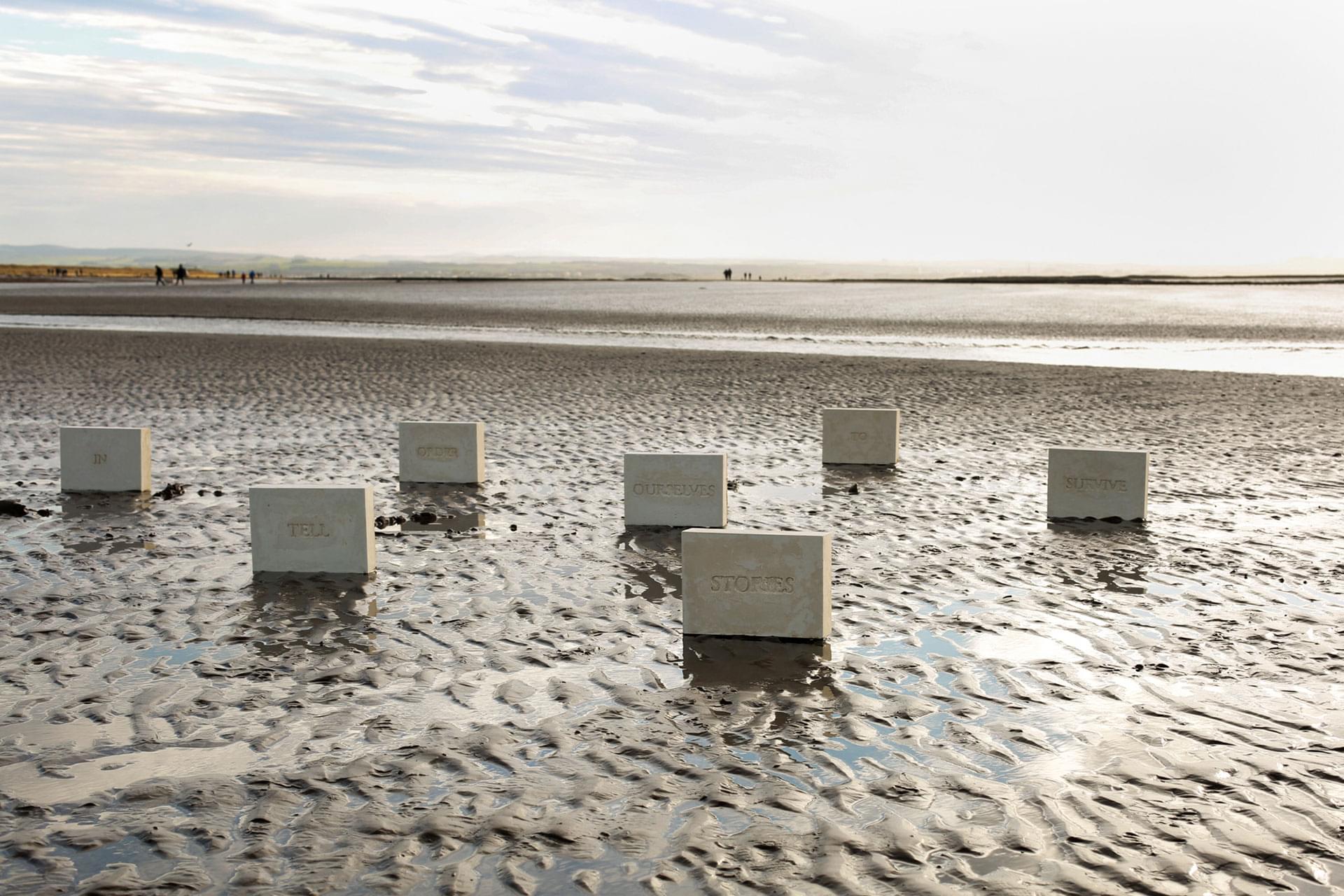 We Tell Ourselves Stories In Order To Survive

In an effort to explore individual and collective mourning I made eight concrete slabs and I engraved on each of them a word. Once they were put in the foreshore, they formed the sentence “We Tell Ourselves Stories In Order To Survive”, an appropriation of Joan Didion’s famous nonfiction novel.

The foreshore or littoral zone is the area of the shore between the high and low watermark and it is property of the Crown Estate according to UK law.

It is a dividing line between the sea and the land. It signifies a border of its own right, an ambiguous territory between ownership and public rights, citizens and sovereign. This foreshore becomes a political space, a grey area of exception, in which both jurisdiction and citizenship are performed by individuals and the governing bodies.

Drawing from contemporary border politics and Agamben’s “Bare life”, a term that characterises human condition in its lowest levels, as well as “zones of indistinction” such as detention centres where migrants live without rights and citizenship, I attempt to understand their experience, honour their presence and mourn their absence by creating an anti-monument for the marginalised and excluded.

This intervention signifies a “zone of anomy” between law and lawlessness, autonomy and sovereign. An action and ephemeral performance that rejects notions of power in the public space.